Visitors 37
Modified 26-Aug-21
Created 27-Jul-14
34 photos, 1 videos
On the Ings near Fulford. A long stretch of the river Ouse through York is claimed to be the only location in Britain where the colourful Tansy beetle (Chrysolina graminis) is established. With fused elytra, they are unable to fly but will walk many metres. They have a conventional life cycle of overwintering in the soil, egg laying in spring, pupation during July with the adults emerging and feeding from July onwards. see Tansy beetle | Bug Directory | Buglife

Correction, Buglife in August 2014 reported another population being discovered at Woodwalton Fen, Cambs. 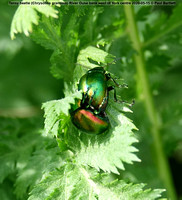 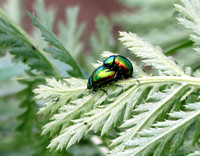 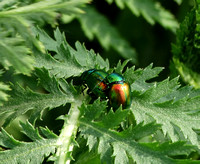